Home » Blog » Gallivanting Friends (that can’t be pinned down)

Gallivanting Friends (that can’t be pinned down) 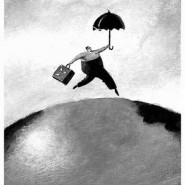 Friends made while travelling can be some of the best you’ll make, just don’t expect them to be home when you knock on their door.

The flip-side of having a host of travelling friends is that catching them at home is harder than you might think. In fact I’d likely have more luck bumping into them on the road then pinning them down at home.

I’m a lucky man in the sense that I have friends all around the world. These are good friends; the type with whom you can fall back in step with the moment you’re reunited.  Most are more than enthusiastic about seeing me again while others, like one of my best mates, BundleOfEnergy, forces me to fit into his schedule. If we’re  to catch up and spend any time together I have to quickly fall in step with his fast and furious gait  – his routine is more important than breaking stride for my trumpeted arrival back in town. But I love him for this sense of normalcy he provides in a life that sometimes feels completely abnormal.

Some of the closest friendships and longest lasting relationships I’ve formed have been while travelling. There is often an immediate rapport and instant bond that comes from meeting wandering old souls on the road. We’re immediately part of that club that has already faced the challenge (and sometimes the scorn) of bravely breaking free of society’s shackles and often our family’s expectations.

The problem of course with meeting friends while on the road is that travelling friends like to travel and no more was this apparent than when I was in London this past September. In a role reversal, I was the one waiting long and lonely hours trying to fit into everyone else’s hectic travel schedule as they gallivanted around the world.

Ok. I’m warning you now, this is going to get confusing and referring to countries as if they were simply city suburbs may begin to sound pompous (I was reminded of this while in a pub south of Manchester one night by a new mate who kept stooping over to pick up the ‘name’ – or more specifically a country – I’d dropped) but bear with me. 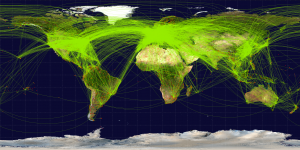 I just made it to England in time to spend a brief 36 hours with my BestestCuz before she was off on a tour of duty in Afghanistan. So I was hoping to catch up with another dear friend, SassyLady but to see her I had to fit inbetween her trips to Amsterdam and Edinburgh. Then there was the friend that had just returned from doing aid work in Swaziland, but if I was to see her I’d have to go to Manchester (which I did) to see our mutual friend that we both travelled through India with. But going to Manchester unfortunately meant that I missed a couple of kindred spirits I met diving in Palau who were only in London for the weekend and were off shortly thereafter to Nepal to climb to Everest’s Base Camp. (Expect ‘The Experience Junkie’ to feature a posting on their Everest experience soon!)  Luckily though, returning from Manchester at the end of the weekend I was able to meet up with a mate of mine, AlwaysWorking, a mere six hours before he was due to fly off to Moscow – he eventually came back and I managed to squeeze in another quick visit before he flew off to Hong Kong.

And I thought I travelled alot.