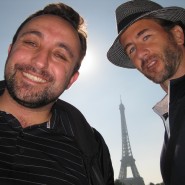 “Am I dreaming or did you just rollerblade past my taxi in Rio de Janeiro?”

So read the text message I received when I returned home from my regular morning rollerblade along Rio’s four beaches – Leblon, Ipanema, Copacabana and Leme. It was from a Parisian friend who didn’t know that I was living in Rio and just happened to spot me in the split second he looked up during a cab ride to his hotel. Perfect timing.

And so started a year of ‘Friend Bumping’ – def: when two or more people, whether through coincidence or coordinated effort, meet up overseas; a crossing of paths while on the road that puts in perspective exactly how small the world is!  (To emphasize this point, less than a week later I was bumping into a handful of friends from Sydney – Australians are such great travellers – who also decided to spend New Year’s in Rio. A gaggle of us gathered on Ipanema beach as if it were Bondi – but it wasn’t.)

Like I said, not all Friend Bumping is completely coincidental but is often a mix of good timing with a little bit of coordinated effort. 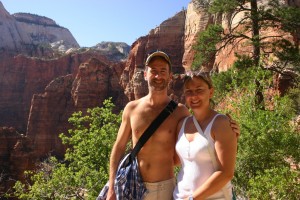 While I was living in Vancouver earlier this year, my UK-based BestestCuz sent me an email asking where in the world I was because she was in the Southern California desert training for her tour of duty in Afghanistan. I can’t tell you how excited I was to tell her “Not only are we on the SAME continent, we’re on the SAME side of the SAME continent!” So we made plans to meet up in Vegas and toured Utah together. 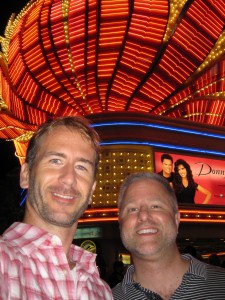 that wasn’t exciting enough, I ‘bumped’ into MusicallyAttuned on my first night in Las Vegas (Facebook told us we we going to be in town at the same time). Then, a few weeks later, I bumped into a Vegas-based chum who’s NY relocation interview just happened to coincide with my visit to NYC. Again, lucky timing.

From NYC, I made a concerted effort to get to the Montreal Jazz Festival to catch up with highschool mate BundleOfEnergy before racing onwards to Ottawa where The Queen and I had meshed schedules to arrange a mutual wave (and a wink). Then it was onto Toronto for a brief catch up with DeliciouslyDryWit who happened to be in the city at the same time as I on a well-timed business trip. 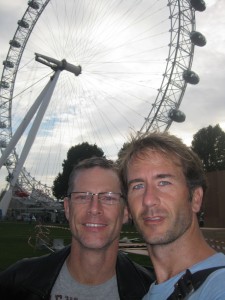 I hopped on cheap planes (that’s EasyJet (love) and RyanAir (hmm, no comment)) to catch up with a friends travelling Europe at the same time as I: once in Madrid and again in Palermo. And even more excitingly, I was ‘Friend Bumped’ thrice this year: once, by my dear friend ReallySmartGuy who made a point of coming to Paris to see me during his European business trip; and again by FrequentFlyer who stopped in London while I was there to spend a day trekking around the city; and finally by my mum who came to say G’day while I was in Vancouver. (Family still counts for Friend Bumping if you both meet somewhere away from your respective homes).

Recently, I’ve just completed a couple weeks discovering the wonders (and cramped chicken buses) of Belize and Guatemala with SirHugsAlot. A plan hatched months ago. And will finish the year with two more ‘Friend Bumps’. 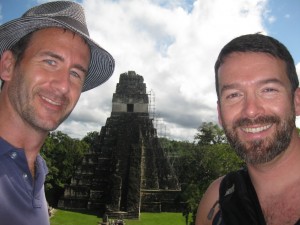 One with a mate working this month in the Dominican Republic and meeting up with my mum over Christmas in Las Vegas.

My mum often marvels at these coincidences of Friend Bumping, but once you’re part of The Travel Club – and with the power of communication tools like email, facebook whereby you’re able to keep track of others’ movements – it’s not always that surprising to bump into friends around the world. 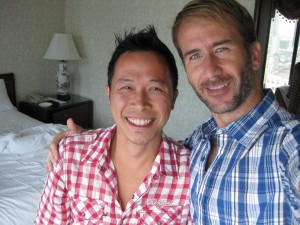 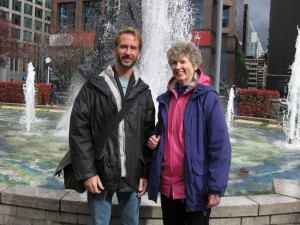 Now that was a strange experience!

When’s the last time you Friend Bumped whether through coincidence or concentrated effort?