Home » Blog » Where Does The Time Go?

Where Does The Time Go?

It seems like it was just yesterday that I was living and loving life in Guatemala. (What an amazing country for anyone who’s looking for an action packed destination that fits so much variety – topography, culture, history – in one postage-stamp sized country.)

Unfortunately, life started getting lonely & isolated there and heeding the call of friends in Vancouver who’d recognised my solitary symptoms from afar I began thinking about leaving.

Oprah says that life first speaks to you in whispers – giving you the chance to respond – and then the voices start getting louder until you’re hit over the head and have no choice but to listen. Something similar happened to me: while I was hemming and hawing over whether I should stay in Guatemala or move on, the house I was living in underwent some management changes that at first made it unpleasant to live in, then if that weren’t enough of a hint, the house – no longer sustainable without sufficient tenants – closed down and I was given four days notice to leave.

My main concern was my adopted street pets – Cenizo (dog) and Pepe (cat). I spent morning till night each day sending emails / making phone calls to try and find a home for them. 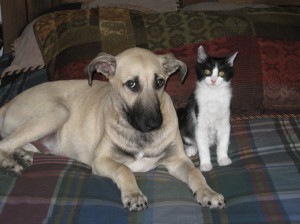 On the day I moved out, a local friend kindly took Pepe into her backyard for safe keeping – along with close to a couple dozen other cats she’d rescued from the street. Pepe was in good hands, good company, and even had a large ‘budgie’ cage – Bird TV, my friend called it – to keep him entertained.

Later that afternoon, I took Cenizo to the same friend’s dog shelter. In the attempt to get him integrated with the other dogs I wasn’t allowed out the back. And once he was safely situated they thought it best that I didn’t distract him. Unfortunately, this meant I never got a chance to say goodbye.

Within the week, a volunteer at the shelter had taken him home to live with her, and within a couple of months he was sent to Michigan to a new home via a dog shelter that the Guatemalan shelter has affiliations with. My boy’s an American now. 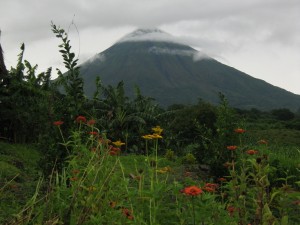 In the meantime, with all my worldly belongings packed in three overstuffed bags, I set off to discover the one country that I had yet to tackle in Central America: Nicaragua. A final fling before heading north to Canada.

Nicaragua is deserving of a post unto itself. (And I will write one!) One of the larger Central American countries, it’s also among the friendliest, and the poorest. There were some great colonial towns, some cool adventures – including volcano boarding! – but my favourite find had to be the Isla de Ometepe, an island anchored by two massive volcanoes merged into each other in the middle of the expansive Lake Nicaragua. The slow (4 hour) ferry ride across the lake was one of those journeys where you’re forced to adopt an unhurried pace and left no choice but to watch life unfold before you. 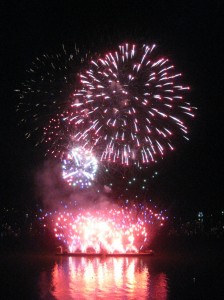 Flying from Nicaragua to Canada, I stopped in Los Angeles for less than 24 hours to catch up with a dear friend AspiringActor, and was back on the plane to arrive in Vancouver just in time for their absolutely incredible international firework competition, Celebration of Light, where music emotively drives the artistry of the firework show. Of the three nations competing, China was my favourite.

I made the most of what was the tail end of a cold, wet summer in Vancouver – usually a spectacular place with long dry summer days –  by spending the bulk of my time on Vancouver Island. First, braving the elements (and the wolf that circled our campsite) while camping on deserted beaches, kayaking wild waves, and soaking in hot springs,  in one of my favourite corners of the world – Hot Springs 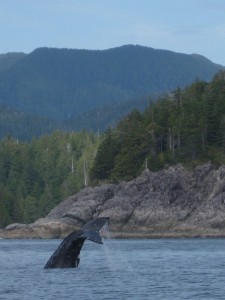 Cove (I hope to have my post on it completed shortly). Then to Victoria to visit a friend and play Barry Poppins to her three lovable children and cast of pets – one of whom (an ailing cat) died on my watch, testing my nanny-ing skills to their utmost. And finally, over to the incredibly picturesque Galiano Island, one of the Southern Gulf islands just off the coast of Vancouver Island, to spend supportive time with a fellow ManAboutTheWorld and learn the art of plucking eggs from underneath uncooperative chickens.

My purpose in Vancouver was to find a job. And despite networking and countless resumes posted I found it exceedingly difficult and disheartening trying to get into people’s schedules, much less get a reply to my correspondence. So I turned my attention back to my one true passion and best expression of myself and my beliefs: The Experience Junkie — and crafted a television show out of it which I’ve since been breathing life into. (Here’s a taste of what I’ve been working on. Two short videos that sum up my ideals for the show, but to be clear they by no means represent the flavour or the formula for the show. Interested parties please contact me directly for the full brief on how The Experience Junkie’s been conceptualised for television.) 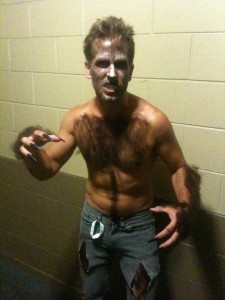 Late October saw a trip to Florida and by and large one of the best Halloweens I’ve ever had – my favourite holiday – with no less than THREE nights of spooky celebrations, thanks to a fellow fan of the fright night. The highlight of which was Universal’s Halloween Horror Nights. With little expectation or knowledge of what I was in for, I was blown away! Ironically, I remember saying at the outset of the evening that I would be happy if I was scared once, just once. In the end, I lost track how many times I jumped, screamed, yelled, and giggled in absolute nervousness. Then I had the twisted pleasure of applying all the tricks of the horror trade I’d learned on the Trick or Treaters (and their unsuspecting parents) canvassing the neighbourhood for candy the following night. 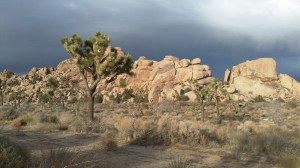 At the beginning of December, I went back to California, Los Angeles at first, with the hopes of creating some contacts and to spend some time with AspiringActor. Our adventures included, my first (yes, my first) attempt at Karaoke (I don’t think there will be a second) and an amazing journey through Joshua Tree National Park. 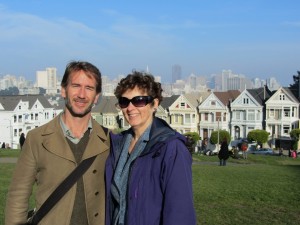 From LA, I travelled North to San Francisco to house/cat sit for some dear friends over Christmas, with the added bonus of spending the holidays with my mum who had journeyed to meet me. I give her full credit for tackling San Francisco’s hills in step with me and for never complaining despite our city hikes averaging 5 miles daily . But perhaps the highlight of our time together had to be the uplifting Christmas Day service at Glide Memorial Church and volunteering in the soup kitchen afterwards. 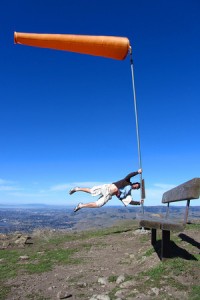 Mum left, my friends returned and while I figured out my next step, I let the blue skies and unseasonably warm T-shirt temperatures seduce me … and I’ve been hanging here (and biking and hiking and writing) in San Francisco – a city that’s stolen my heart countless times –  ever since.