Perhaps it jumps straight to mind, perhaps you need to go out and (re)discover it for yourself, but here’s the forum for sharing with would-be travellers to your hometown some insider/local knowledge of what you think is the best ‘experience’ they shouldn’t miss when they come to visit. It can be an elaborate experience, a simple experience, popular or obscure … all I ask is that it is one of your favourite experiences and therefore worthy of recommendation. (And for you shy writers, don’t worry a simple line or two is just as good as a descriptive paragraph.) 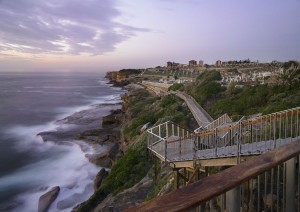 Nothing can beat the Bondi to Bronte (and onwards to Clovelly) cliff walk in my opinion. It’s beautiful at any time of the day: In the morning, when the sun rising over the ocean colours the weathered sandstone cliffs a rich reddish hue; in the afternoon, when the beaches are alive with activity and you can look down upon a sea full of surfers riding the waves that wash upon the shore in visible rows; to the early evenings when the ocean breezes cool the after-work joggers and dog walkers who fill up the path and the statues with a seaside view in the Bronte clifftop cemetery are at their most poetic in the fading light.

I’ve always had a soft spot for the CN Tower. It may have recently been superseded by Dubai’s Burj Khalifa (828 m), but at 553m it is still elegant and graceful as the world’s third tallest free-standing structure. There’s excitement in the glass elevator ride (one even has a glass floor) to the main observation deck, where the city’s stack of buildings looks like a Lego set from above – on a clear day you can see across Lake Ontario to New York state and sometimes see the mists rising from Niagara Falls. There’s a glass floor that will having you ‘floating’ 342m above the ground, a trippy experience for anyone who dare step on it. And my favourite the outdoor observation deck where the winds whip about and you feel the exhilaration that the Tower must experience every day. Even cooler is if there is a baseball game on at the neighbouring SkyDome, and the roof is retracted, you can watch with a bird’s eye view as the game unfolds. 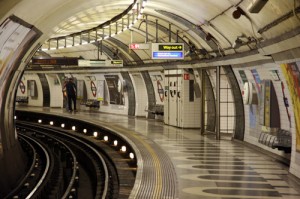 I love London’s Underground. Everything about it is so British – from its iconic map that looks like a colourful plate of intertwined spaghetti to the long escalators (some wooden) that take you deeper and then deeper still beneath the city streets. The small, tubular nature of the older tunnels and the corresponding curves of the trains that travel through them forcing subsequent taller generations to bend accordingly when standing up. The round knobs to hold onto, the springy cloth-covered seats and the terribly polite British tube riders. You can still hear a pin drop during a packed rush hour commute. All the more impressive, when you know that the first subway line was opened in 1863! 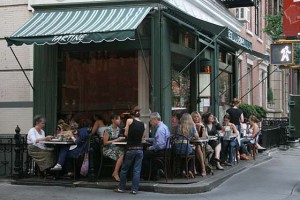 Do they still do the outdoor movies in Bryant Park? I used to love meeting friends for a picnic & a movie amongst the towering skyscrapers that closed in on three sides. Just in case they don’t, I’ll mention my favourite restaurant – Tartine – in the West Village. Always with a line out front (they don’t take reservations, so there’s get there early), for me there’s no more quintessential NYC experience than eating in this quaint bistro crammed with tables in the midst of the Village. Even better they allow BYOB. Order the Chicken Pot Pie and be sure to walk around the corner to Magnolia Bakery for an over-priced, hyperglycaemia-inducing cupcake. They’re delicious, but not worth the weekend line ups. Go on a weekday. 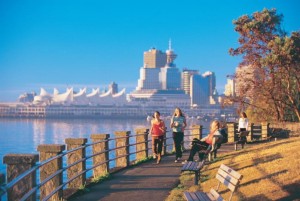 Without a doubt, a rollerblade (or bike, or stroll) around Stanley Park’s seawall. The path passes secret ponds with weeping willows and colonies of Canadian geese; past boats moored against the a backdrop of glass apartment buildings in Coal Harbour; past totem poles that remind you you’re on the West Coast; under the long legs of the Lion’s Gate Bridge and past the incomparable views of the snow-capped mountains across the water (and in the distance if it’s clear enough to see Vancouver Island); past the romantically solitary island called Siwash Rock, before finally curling around the log strewn beaches of Third and Second beach before arriving back at the flower beds of English Bay where I always stop at Tim Horton’s on Davie Street for a well-deserved doughnut. 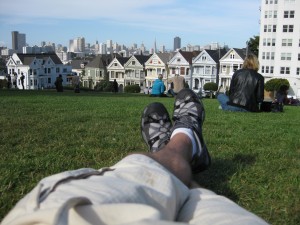 I love getting lost in San Francisco. Perhaps I’m searching for my heart, having left it there a long time ago. (Ok, that was a cheesy reference to a Tony Bennett song. Poor attempt at humour on my part.) But seriously, I love getting lost amongst the Victorian architecture. San Francisco is one of those rare cities in the world where if you wander off the tourist path there is just as much to see as if you were on it. Every steep street reveals and hidden gem and I am always in awe and wonderment at how much pride and consequent effort people put into maintaining the exterior of their homes, with most Victorians sporting a minimum of five different paint colours. 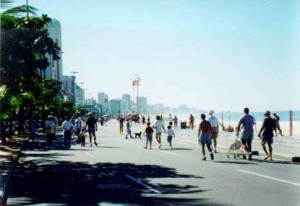 While any opportunity to look down on Rio from Sugarloaf, the Corcovado, or Pedra da Gavea – vantage points that show what an incredible city this is – shouldn’t be missed. My favourite day in Rio is Sunday, when the street running parallel with its famous beaches is closed to traffic and pedestrians, families, cyclists and bladers take over the street and it becomes one long community get-together.

Now, what are your recommendations …