Home » Blog » Most Colourful Flight Ever

Most Colourful Flight Ever 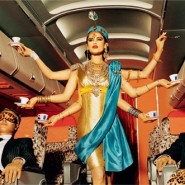 … and the plane hadn’t even left the tarmac yet.

There’s something exciting about flying the national carrier of your destination from your home country – what with the foreign accents of the flight crew, the different food etc. it’s like starting your holiday early; like you’ve already arrived when you haven’t yet departed. Then there’s something even more exciting which is flying another nation’s carrier entirely. 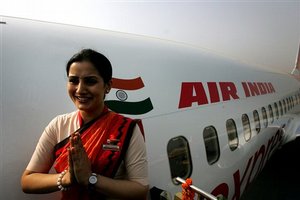 I used to like flying Air India from New York City to London. The fare was unbeatable and the flight was always a rich cultural experience.  On one flight in particular, I was sitting next to a 19 year old British lad. He was already settled in his seat when I boarded. I sat down next to him and waited for the rest of the plane to fill.

Anyway, an Indian man behind The Lad kept knocking The Lad’s seat and The Lad overreacted by turning around to the man and saying “Oi, you knock my seat one more time and I’ll ‘ave your ‘ead.” The SeatKnocker was about to indignantly reply when the stewardess watching from the aisle stepped in to chastise The Lad:

“Excuse me sir, if you have a problem with another passenger you come to me. Please do not take matters into your own hands.” Then she turned her attention to The SeatKnocker, “And you sir! You I remember from the flight to New York. You are a problem. And if you don’t behave yourself I’ll have you taken off this flight.”

Now The SeatKnocker once smug was twice as indignant. “You cannot talk to me like that! You are a stewardess, YOU are my servant.”

To which the stewardess calmly and carefully replied. “No sir. Your wife sitting next to you, she may be your servant, but me, I am not.”

The cabin erupted! It was a cacophony of ‘for’ and ‘against’ as every passenger chimed in over the exchange while The Lad who had inadvertently started WWIII silently slunk into his seat.

It was the most colourful flight I had ever taken and we hadn’t even pushed back from the gate.