My first guest writer, Jerome Parisse, offers this reflective tale of his recent return to Nicaragua.

I recently went back to Nicaragua to visit friends. It was 20 years since I had lived there myself, and I couldn’t help reflect on the changes that have happened all over the country. I was 24 when I left Paris for Managua, staying away for two years and coming back changed deep inside. I had gone there to work for a Franco-Nicaraguan cooperation programme, in lieu of my – then obligatory – military service in France. 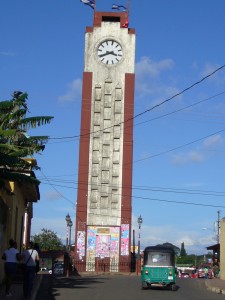 I chose Nicaragua for several reasons: I had never been to Latin America; I wanted to experience something new; the job sounded interesting; I thought learning Spanish could be useful; and the country was in the midst of a civil war, which, in my naivety, would add spice to the experience, even if, to be honest, it did worry me and my mum a little. What I found in this amazing place far exceeded my expectations.

I arrived in Managua towards the end of 1989. By then, the Sandinistas has been in power for almost ten years, since the coup that saw the former, cruel, blood-thirsty, filty-rich dictator Anastasio Somoza flee the country with his family, leaving behind an exhausted and impoverished country. Unfortunately for them, the Sandinistas happened to be Marxists, so they quickly found themselves fighting against Americans as well, who forced an economic embargo upon the country and funded the Contras (Nicaraguans who fought against the Sandinistas), as well as part of the civil war that was going to ruin the country for ten long years. It’s actually very difficult to talk about Nicaragua without mentioning the political context, even these days. 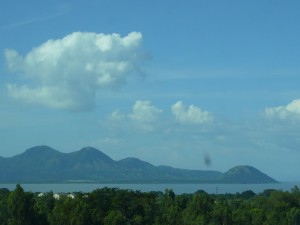 I loved the place as soon as I set foot on it, the heat and the humidity, the lushness of the vegetation, the warmth of the locals, the music everywhere, the richness of the food, and the depth of the friendships you could build with people. I was stunned to see 16 year olds holding AK-47 (Kalashnikov automatic rifles) everywhere on the streets, but I very soon got used to it. Most of the fights happened in remote areas outside the capital, so they were easy to avoid, even if I did travel extensively through the country for work.

Having said that, I remember one Christmas when we had decided with some friends to go horse-riding in the mountains. It was a fantastic, exhilarating experience, but at some stage, far enough from any 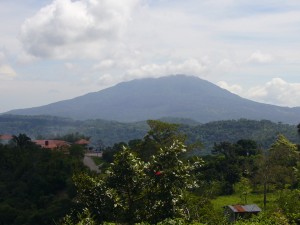 significant town, we found ourselves caught between crossfire, with bullets zooming above our heads. As a result, we spent nearly 24 hours hiding until the fighting ceased and we were able to escape…

Because of the embargo and the war, many items were hard to come by, such as spare parts. For example, if one of the headlights of your car was broken, you only had two options: one was to do nothing about it, which made the roads extremely dangerous at nights, because many cars drove without lights, or worse, with only one light, therefore looking like motorcycles and creating accidents; the other option was to go to the Oriental Market and “order” a light. You only had to come back the next day to pick it up, most certainly stolen from another car – sometimes your neighbour’s!

I remember my surprise at entering a supermarket for the first time and seeing nothing but empty shelves. Sometimes the same shelves would be covered with only one item: rice, corn, or… black dolls! (most probably a gift from Cuba or Russia, the main trade partners at the time). The eggs were presented in plastic bags, which was definitely the best way to break them and to help develop a healthy population of cockroaches roaming around.

Another consequence of the dire economic situation was rampant inflation (7,430% in 1989, but only 3,000% in 1990 with the introduction of a new currency!) and devaluation of the currency, the Cordoba (by the end of 1990, you needed 3.2 million Cordobas to buy US$1!). But there was plenty of food on the markets and life was not as difficult as it sounds. In fact, people were happy, and I was amazed to see my friends content with little, struggling to make ends meet, but never failing to smile and be happy. 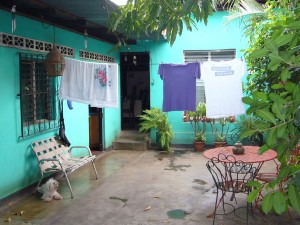 The Sandinistas lacked experience; in fact they were all very young. Daniel Ortega was only 34 years old when they took power. They made mistakes, and the Marxist system they dreamed of didn’t work (I could see that first-hand in the management of agricultural resources). This left Nicaragua the poorest country of the Americas at the time, along with Haiti.

However, there were many good things too: very little corruption, no crime, and one of the highest levels of alphabetization on the continent. I loved my life there. I learned to speak Spanish with a Nicaraguan accent, I made lifelong friendships, and I learned about life and death, and what it really means to survive.

I also happened to be present at a very interesting time of Nicaraguan history, when the opposition won the elections overseen by the UN, ten years after the Sandinistas had acquired power. We saw the first female President of Nicaragua, Violetta Chamorro, who was the widow of a martyred journalist, and funnily enough when you think she won as part of the opposition, had taken part in the Sandinista revolution beside Ortega.

I remember meeting her once – she looked more like a grandmother than a president, but she was lovely. Interestingly enough, it’s just after these elections and the accession of the opposition to power that I was exposed to the most danger, with riots that took over Managua and saw me struggling to get home and avoid shootings in my street.

Twenty years later, I can’t help wonder if the situation of the people has really improved. The Sandinistas and Daniel Ortega, now 65, are back in power. They’ve abandoned their Marxist ideology, but don’t seem to be managing to improve the country’s economy. Supermarkets are full with products coming from all over the world. Giant, luxury shopping centres have sprouted all over the country. 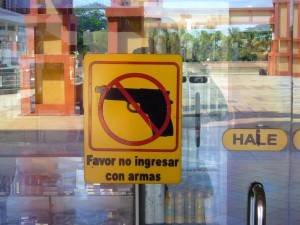 Nicaraguans who had fled the regime, often to the US, have come back. And the rift between the rich and the poor has widened. In fact, the rich seem richer and the poor poorer. Slums have not disappeared; in fact they may even have grown. Managua is not the safe city it used to be anymore. And my friends struggle more than ever, with high unemployment and increased cost of living. The alphabetization rate has unfortunately also slightly decreased. And the people still need help.

But I still love the place. It is a little like home, and I’ll keep going back. I have my friends there. And I will never forget that Nicaragua helped me change the way I see the world, making me a better person for it. See you in another 20 years’ time?

Jerome Parisse is a novelist and playwright. He currently lives in Hong Kong and blogs at alivewithwords.com. His latest young adult novel, The Wings of Leo Spencer has just been published by Sidharta Publishers.