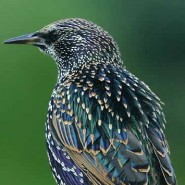 Today I had a bad day. I’m not sure how it began and I can’t remember what fuelled it – although a lack of food and too many things on my plate probably contributed. What I do know was that I was in a foul mood. Hunger being an issue, I stopped at McDonald’s for a burger. There were no seats inside so I sat outside. No sooner had I sat down, when a light rain started. Great! Could my day get any worse? 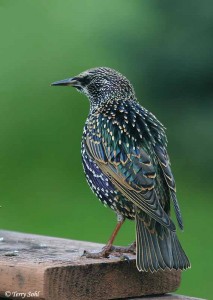 Then a bird dropped in (not dropped on me, thank God) and took up all my attention, all my focus. It was a common enough bird I’m guessing, but had the most beautiful plumage – a myriad of shimmering dark feathers full of reflective colours like you might find in an oil slick. He cocked his head and looked at me, wondering if I might share some of my sandwich. I took the tiniest piece of bread from the bun and tossed it over. He guzzled it down and asked for more. I tossed another piece and he hopped closer. I tore off a slightly bigger piece but this time rather than throwing it to him I kept it between my thumb and forefinger. I could see the conversation he was having with himself as he weighed up the pros and cons of getting more food against the risk of getting too close to me. I watched his internal struggle with fascination. He’d bravely move forward, then skittishly shuffle back, before finally stepping up and claiming his prize.

I looked up and was surprised to see that three other tables were completely ensconced in my dialogue with the bird. They were on the journey with us, and no doubt also rooting for the bird to succeed.

Suddenly I was no longer in a bad mood. The bird had taken me out of my head, had demanded my focus, had engaged with me on a very basic level and suddenly that ‘something’ that had fuelled my mood was no longer all that important. It was a good reminder, a good lesson that simply slowing down a bit and being present for what life offers up can often be enough to put things in perspective.

(I found this great website Whatbird that has an amazing search tool that allowed me to find the bird I had interacted with simply by building a profile of where I had seen it, its size, colouring etc to help narrow the field of possibilities. It turns out my mate was a European Starling – pictured above.)

Have you had a ‘stop and smell the roses’ experience recently?