Home » Blog » Thank You in Any Language

Thank You in Any Language 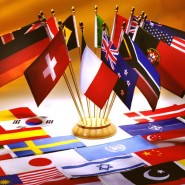 I’m often asked about my language skills and how I manage overseas. Sadly I don’t officially speak a second language but ever the Jack of All Trades (and Master of None), I have picked up a smattering of phrases over the years.

“I am not a Russian” in Vietnamese. “Tôi không phải là Lien Xo” Because when I first visited Vietnam in 1990 there were no Western tourists to speak of, only Russians, and the locals would point at me and say Lien Xo. Not a compliment at the time.

“Can I take your picture?” in Indonesian, because I’ve never been a fan of stealth photography. Perhaps I’m too polite to take someone’s photo without asking, but I often think why miss the opportunity to engage someone if you can.

“God willing”, in Arabic. A phrase I love because of the way it rolls off my tongue. 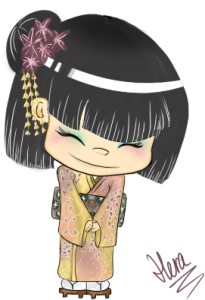 “Excuse me”, in Japanese. This came in incredibly handy once when racing through LAX airport to catch a flight. A Japanese tour group was blocking my path and going to make me miss my plane. Yelling out “Sumimasen” the crowd parted like The Red Sea, and then started giggling in surprise when they realised it was a white boy causing the commotion. (Also “Do Itashimashite” which I learned as “Don’t ya touch my moustache” while working as a waiter on a Japanese dinner cruise to remind my phonetically how to say “You’re Welcome“.)

“Can you tell me what time it is”, in German.  “Können Sie mir sagen wie spät ist es?” As well as “What would you like to eat? What would you like to drink? And is everything OK?” Three phrases I learned in my teenage years when I thought I would work as a waiter in a restaurant in Germany. I figured those three phrases – as well as learning the menu – would be enough to get me started on way to settling in Germany. Perhaps a bit naive!

“Come here and kiss me” in Italian, because my mother used to say this to me all the time as a child. No, she’s not Italian but working for Italians in a hair salon in her youth she picked up a number of phrases.

“Where is the beach?” and “I would like a beer,“ in Spanish. Need I say more? It’s all about priorities.

“I’m sorry I only speak a little French despite having studied it for nine years in school because I don’t have the opportunity to practice” in French, which I say so well (with a lovely accent or so I’ve been told) that it’s an anticlimax when I attempt to say anything else so I tend not to utter this well-practiced phrase because it only leads to people responding to me in French … and me, with a blank look on my face, nodding in agreement with whatever they’ve just said.

“I am sorry for your loss” in Tanzanian. After a severe motor bike accident in Zanizibar where my knee was so banged up that it was preventing me from walking properly (and was questionable whether I ever would again). Oddly enough I had a real problem accepting people’s kind condolences when, despite my severe limp I was still walking, and yet there were any number of limb-less men on the same street who were dragging themselves along the ground on a piece of cardboard. Direct your sympathy at them I thought.

“Let’s go”, in Hindi. A handy encouragement I picked up from a friend’s father. (I also picked up the Indian head wobble after three months in India, much to my friend’s family’s amusement!)

“Anticonstitucionalissimamente”  (I’m not even sure what it means in English) After a night at a bar with friends in Brazil who thought it was funny to watch me trip over my tongue repeatedly trying to master this, the long word in Portuguese. 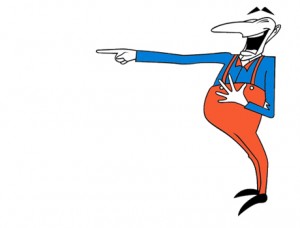 Gotta love the Brazilian sense of humour … it wasn’t the only time the joke was on me. I also know how to say “How hung are you?” after a mate in Brazil thought it would be hilarious to teach me that instead of the regular “How are you?/Tudo bem?” greeting between people, when addressing another man, man to man, you used this phrase instead. Everybody thought it was funny but me. Needless to say I refused further Portuguese lessons from said friend.

While I think of it, some Italians also pulled the wool over my eyes. As a teenager travelling through Scotland I was out drinking one night with a bunch of Italians with impressive nicknames like Lionessa. I demanded one too. Igot one. “Peezeleno”  (No doubt I’ve spelled it wrong). I was told it meant Strong, Bold, Great Guy. Back in London an Italian friend told me it was a term of endearment used to describe a baby boy’s penis.

And ALWAYS “Thank You” for every country/language I visit. And my favourite ‘Thank you”? Hands down, “Thank you” in Montenegro and Serbia where, despite a huge difference in spelling, simply saying ‘Koala’ does the trick in expressing your gratitude. It doesn’t get any easier for an Australian!