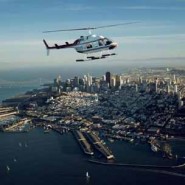 There is nothing like seeing the world from above, particularly if you recognise what’s below!

Recently I’ve had a couple of flights with American Airlines where I’ve been treated to the most amazing views from above. A few weeks ago I flew from New York (LaGuardia, my new favourite NYC airport – small, manageable and easy & inexpensive to get to via public transport – see how below* – although I’m not sure about being the 39th(!!) plane in line and having to wait more than an hour to work our way through the queue. Now that’s a busy airport!)

Once we were finally airborne, the view from above Manhattan was spectacular. We flew just north of Central Park. Close enough to appreciate the detail of the city, high enough to make out the distinctive shape of the island of Manhattan. Later on during that same flight I had a perfect view of Niagara Falls looking somewhat inconsequential from above and the impressive Toronto skyline within reach thanks to a couple turns by the pilot. (An aside: I once flew from Sydney to Singapore with Singapore Airlines and the pilot actually went slightly off course and circled around Uluru (Ayer’s Rock) in the centre of the Australian outback for the benefit of us, his grateful passengers. Up until that point, I had never realised that the monolith which I’d walked around in years past – equally impressive from above – was actually triangular in shape.) 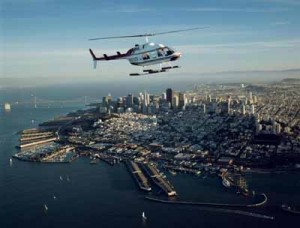 I’ve been lucky enough to have some amazing helicopter flights over the years (all of which I will blog about eventually!) including a memorable trip to the bottom of the Grand Canyon for a champagne picnic, a flight over the volcanic slopes of Hawaii’s Big Island, and a doors-off flight around the outback west of Port Douglas, Australia WHILE skirting a visible lightning storm … but I’ve always been a proponent of the helicopter ride over your hometown. Sure, this isn’t a cheap option but well worth the indulgence if you’ve a birthday or anniversary looming. And while cities like New York and Rio don’t disappoint from above, what makes things more exciting and more rewarding I find, is if you actually recognise what’s below. It becomes an exciting puzzle to solve, while gaining a new perspective and appreciation of where you live.

And while Google Earth may have stolen some of the thunder at looking at life from above, nothing replaces the excitement of a whirling helicopter propeller and that momentary tug as you pull away from Earth’s hold to take, what always feels like to me, an amusement ride up into the sky.

Of course, I’m already looking forward to the ultimate ride above my home – looking down on Earth from Richard Branson’s Virgin Galactic VSS Enterprise.

*How to travel to La Guardia Airport for just $2.25. Take the NYC metro to Astoria Boulevard in Queens (N line) and upon exiting you’ll see signs to make the free transfer to the regular and reliable M60 MTA bus that covers the short distance onwards to La Guardia.

Obviously helicopters aren’t the only way to gain a bird’s eye perspective, mountains and hills can offer their own stunning views. Do you know of a town that screams to be seen from above?