Home » Blog » Learning to Live with Myself

Learning to Live with Myself 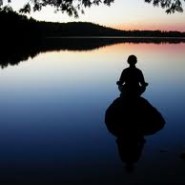 When you learn to live without, you have the opportunity to discover what’s within.

It was an incredibly transformative experience; I emerged from the experience a changed woman.

Going into the course I had some heavy-duty goals: to finally process the untimely death of my boyfriend six years prior, as well as the death of my father the year before, to get a handle on a lifelong eating disorder, to spend time with myself, and of course, to learn how to meditate (although oddly enough this was less of a priority for me than my other goals).

Ten days later, I felt like I achieved my objectives to a far greater extent than I could have possibly imagined. But more on that in a moment … 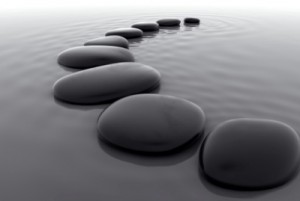 Let me first give you an introduction to Vipassana meditation. In short, practitioners believe the meditation can eradicate one’s misery. SN Goenka, today’s most prominent teacher of Vipassana meditation, frequently discusses that the cause of our miseries all stem from attachments we have and the subsequent cravings that have been created because of these attachments. Practicing Vipassana is about freeing oneself from cravings and therefore all miseries. The route to this is through awareness and equanimity (neither desiring a pleasurable experience nor craving the cessation of something undesirable). One tackles both awareness and equanimity through the physical in order to access the mind. (Are you with me so far?)

In Vipassana meditation you sit without moving and let your mind cycle through your body, starting at the top of your head and ending at the tip of your toes. By canvassing every inch of your body, the meditation brings awareness to bodily sensations but instead of reacting to them, you simply observe and acknowledge an itch, a tingle, a warmth, a chill, a throbbing sensation.

Who would have thought that sitting still could bring up so many past ills, but again the idea here is to not react, but to only allow one’s self to observe the sensation and then continue on cycling through the different areas of the body. The theory is that when you can break your habitual pattern of reacting on the physical level, the habitual patterns of the mind are also broken. And it is in this way that cravings are extinguished (of course slowly over the course of years of practice) and one is finally free of misery.

I only practiced for ten days but found the experience incredibly enlightening. Here is a brief summary of the insights that emerged during my Vipassana:

Insight #1: I came to the Vipassana with the hopes of resolving one main issue – that of my father abandoning me when I was 12 years old. I’d already bore witness to how this deep-seated pain manifested itself during the final stages of every romantic relationship I’ve had, but I was at a loss as to how to solve the problem. I had hoped that at some point in my life, I would be able to directly resolve the issue with my father himself, but with my father’s passing late 2010, that was no longer an option.

Throughout the 10 days, I finally realized that it was not about ‘solving the problem’ per se – it was done; it couldn’t be solved – but rather learning how this wound affects me in my life and how to live a full life despite of it. I finally feel like I have the tools to understand why I have the wound that I have (i.e. my attachment and craving for love, attention, affection, support, etc. from a prominent male figure in my life) and how it tends to manifest itself in my daily life (e.g. staying with men longer than I should because I have latched on to the idea that they may give me the things that I crave). This ‘awareness’ of how the wound affects me, diminishes its power as a source of the pain and puts me back in the captain’s seat as someone who has the ability to control its effect on me. Ignorance is not always bliss. And now that I taken a quiet moment to discover what I’m dealing with, to really study what I’m dealing with and my trigger points, I am able to adapt my behaviour patterns so that the original wound does not continue to cause me pain.

Insight #2: Overeating is a manifestation of my pain. More specificially, it’s an eating disorder I have struggled with for the past six years – ever since my boyfriend committed suicide. I had a handle on it about 2 years ago but then I found out that my father was terminally ill and the viscous cycle of binge eating continued.

I have always been aware of my eating disorder – I’ve never been in denial; when I feel lonely and depressed I turn to food, lots of it. The Vipassana created the perfect conditions for me to attack this problem head on.

To begin with, I didn’t have access to whatever food I pleased. Those comfort foods that I would binge on – the foods I’d become addicted to because they would release chemicals such as serotonin and dopamine into my brain (making me feel better, for the moment at least) were no longer available. My food was provided by the center for the duration of the course and then only at particular times.

More importantly, through the countless hours of meditation during the 10-day course, I became much more aware of my body. I was amazed to discover that when I actually listened to my body, I would only eat what my body actually needed, instead of what my mind thought it wanted. I focused on eating slowly and really tasting my food – something that I haven’t done in years. I also learned to understand the psychology of that feeling of accomplishment that comes from clearing my plate, so I would make sure to only take small portions – yet still get the same feeling of accomplishment. I wasn’t a martyr, I would allow myself a small second servings for those foods that were exceptionally tasty (and there were several!) but learned to appreciate this indulgence as a treat as opposed to something I took for granted. All of these changes paid off and by the end of the 10 day course, I had lost 7.5 lbs. solely by changing the way I eat.

Insight #3: Actions speak louder than words. Countless family members and friends have been telling me this for years, but being a rather verbal person, I ignored the sage advice of the masses and instead ignorantly and oftentimes, somewhat blindly, believed the words spoken to me. I suppose there are certain lessons you have to learn on your own and so it was with this particular proverb. During the 10 days of silence I was amazed how I was able to create bonds with the other girls in my cabin without verbally communicating. I could tell when they were happy, when they were sad, and when they needed a hug to help get them through the day. It was amazing to see how much could be communicated sans words – that we can actually be very clear about what it is we want or how we are feeling just by the actions that we undertake. 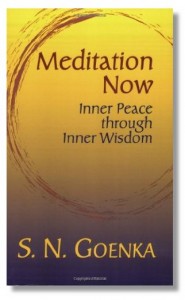 I want to point out that the Vipassana was not perfect, nor did I behave perfectly during my stay. I even had philosophical issues with a few things that SN Goneka was teaching and yet, now a few months out of the course, those negative issues have faded away completely and the positive things I learned have remained. I’m left with MY experience, an experience I’m truly grateful for. I am pleasantly surprised at the new direction my life is heading in now; I feel calmer, freer, more grounded, and better able to handle those challenges life throws my way.