Saying Goodbye (vs See You Later) 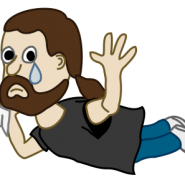 Two newly-minted friends left town today. And I’m a little lonelier as a result of their departure. In fact it is an unfamiliar feeling for me. Not the loneliness, unfortunately that’s one I’m all too familiar with as a lifelong vagabond bouncing from place to place. But usually I’m the one saying goodbye and moving on – which can be equally gut-wrenching – not the one getting left behind. I know I should concentrate on the glass half-full theory (as opposed to being half-empty), but it’s hard to focus on the ‘hellos’ when the ‘goodbyes’ are the last thing you’re left with.

I currently live in a highly touristed town so I suppose I’ll have to get used to the constant movement of people in and out of my life. I’ve already heard rumour that, here in Antigua, the magic key to opening people’s hearts and minds to your potential friendship is to announce that you plan to stay for at least three months, if not more. In some ways it is the same in Sydney where there are a lot of ‘seasonal’ visitors. Sydneysiders warm quicker to those who announce that they’re in it for the long haul; those willing to ride out the colder months with us as well. In tougher New York they said you had to be living there seven years before you were considered a New Yorker.

It seems sad to me to place preconceived time requirements on our ability to meet others. Early on in my travel career I learned that a soul connection is what determines two people bonding. And that soul connection is not bounded by time. Sometimes it happens instantaneously, other times it progressively grows, and sometimes it never reaches boiling point. Under the measurement of time, I’ve met people for one day that I’ve have changed my life and known others for years before the spark catches and our friendship fires up – so I try never to discount anyone or any meeting however brief.

Most importantly, I’ve developed a finely honed skill during my years on the road: an innate ability to know when to say ‘Goodbye’ to someone and when to say ‘See you later’. Perhaps there’s some self-fulfilling prophecy magic at work here, but I’ve never been wrong yet.