Let There Be Sight! 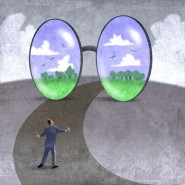 I can see again!!

Last week, I picked up my new glasses and a whole new world opened up for me. No, truly. It was like I had arrived on a new planet. Sure, I expected to be able to see better, farther, but I wasn’t prepared for the intensity of colour, for the brightness of my surroundings, for the details of things that suddenly flooded my vision.

I’ve since spoken with friends about my revelation and they weren’t surprised. In fact, they were able to describe the first 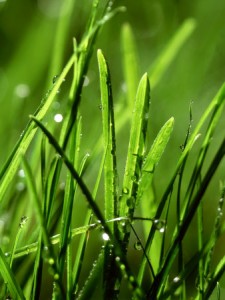 day they were also given new sight. One said, he never knew grass existed as single blades because he had always seen it as a green fuzzy mass. Another described similarly that she put her glasses on for the first time only to discover trees had leaves.

I’ve been offered an explanation as to the increased intensity of light in my newfound vision (which y’all must have been enjoying all these years – why didn’t someone tell me?!) which of course I promptly forgot: Something about how when glasses help correct your focus from blurry to sharp that also focuses and brings together the layers of light so that like a laser, as opposed to a broad light bulb, the light (and thereby colours) entering your eye is much more intense. 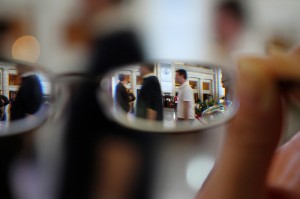 Whatever the explanation, I can see again and I couldn’t be happier. In fact, I’m hoping that in sharing this with you, you won’t make the same mistake I made all these years and miss out on a world so colourfully rich because you’re prepared to ‘make do’.

The truth is that I only got a new pair of glasses because the previous two pairs I had made in Vietnam some six years ago had bit the dust. The first pair – the ones everyone said “Wow, you look amazing in those glasses” were eaten by a dog I was dog-sitting shortly after I got them. (If only it had been my homework instead.) 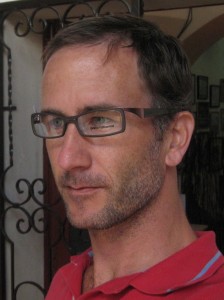 With the first pair mangled by an enthusiastic puppy I then turned to Pair Two, which in the face of such praise for Pair One, were relegated as the ugly sibling and as such I rarely wore them outside my home or waited for the cinema lights to dim before slipping them on so I could actually ‘see’ the movie. (Vanity. Yes, I know.)

Even so, despite my sparing use of the Ugly Glasses, I managed to wear them into the ground – they were last seen with a chip on one lens, and only one arm keeping them on my face because the glue I had applied three times prior decided enough was enough and wouldn’t hold any longer.

So when my mum asked me what I wanted for Christmas I said I was in need of new glasses.

She agreed on one condition: I had to get my eyes tested first. Foolishly I had intended to simply copy my current  prescription – as I had done in Vietnam (which makes my last eye test at least 9 years ago, if not more). But my mum insisted: new glasses, new eye test. Reluctantly I agreed only to find after a blurry eye test that Mothers really Do Know Best; my prescription had changed significantly in the I-don’t-know-how-many-years since my last test. My eyes had deteriorated and hence my access to the world around me.  Is there a moral in here from something bigger? Don’t compromise; don’t settle when it comes to your health, your life? Hmm. I admit to feeling a fool for putting up with blurry vision all these years. 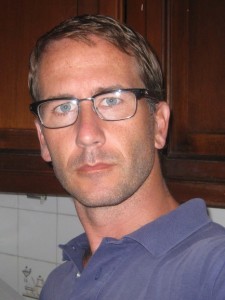 But now I have two new pairs of glasses. (I bought myself a Christmas pair as well – thinking that having two means I won’t get tired of wearing just wearing the one set. Yes. Vanity again.)

I feel great; I look great … and amazingly so does everyone and everything else. Colours are popping; the sky is bluer, signs are sharp, everything looks clear, brighter, like the world is actually contained inside the black lines of a colouring book, when previously it was smudged.

I can’t begin to describe how excited I am. I’m off to re-discover the world anew!

Is there something that you’ve been putting off or ‘making do’ with that if addressed could improve your quality of life?