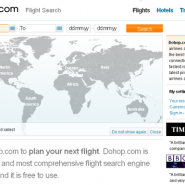 As a travel journalist who plans and coordinates his own trips abroad there’s been one website that has proven invaluable over the years: www.dohop.com

At its most basic function the website is an up to date database of the world’s airline routes and schedules and as such, finds every possible permutation of how to get from A to B. And all you have to do is plug in the two airports/cities you want to travel between and it will find every existing flight and combination thereof to complete the journey. 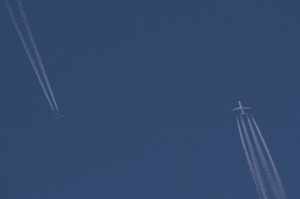 Basically it tells you how to get from anywhere to everywhere.

It particularly comes in handy when searching for flights between two more obscure or unfamiliar airports and often with surprising results. Sure, most of us would be familiar with the major carriers offering direct flights between our hometown and say … London or New York … but would you know who flies between Istanbul, Turkey and Colombo, Sri Lanka? 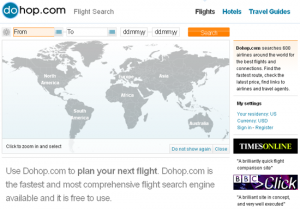 Once I was trying to arrange a flight between Bangkok and Hong Kong. I naturally assumed that the national carriers of both countries would connect each other’s cities – and they did – but they weren’t great deals pricewise. Through dohop I was able to discover a handful of less expensive airlines that I would have never guessed flew the routing – Air India and Air Ethiopia among them.

Then there are city pairs that don’t have direct flights servicing them – and this is also where dohop shines by providing every combination of possible routings. If you’re like me, a big fan of the stopover and the added opportunity it provides to discover a place you’ve never been en route, then dohop makes for interesting reading when planning a trip. Or if you prefer the most direct route, found flights can be ordered to appear by shortest duration (including minimal airport-time between connecting flights), limited to one stopover only, and of course the default filter: lowest price (which can be currency-customised depending on where you live).

There are other bells & whistles on the site which include similar searches for inexpensive hotel rooms and cheap car rentals that are equally comprehensive.

An aside:  Today I woke to some exciting news. dohop was not only following me on twitter, but gave a shout out to its twitter followers that my blog was worth reading and that they should check it out. A huge compliment indeed given the respect I have for the website. And with word of mouth my only tool presently in my website’s growing development, I’m grateful to them for spreading the word. It also doesn’t hurt that this great website is based in Iceland – where my grandfather’s family is from and a country I have yet to discover. Perhaps there’s some added connection of why I am so fond of them.

Have you got any cool travel tool websites you use when planning trips whether locally or abroad?