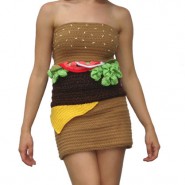 There’s nothing worse than hankering for a particular food or meal when on the road, finding a place that serves it, only to be disappointed when the plate arrives because it bears no resemblance or taste to the food fantasy you were entertaining in your mind for the past day, week, or even month!

I call this ‘The Hamburger Syndrome’. When food expectations fail to meet reality and you were probably better off letting your salivating taste buds suffer a little while longer than tempt, then tease them with an imposter dish. (The pain of this ‘tease’ is of course is exponentially multiplied by how long you’ve been on the road, how long you’ve been yearning for your dish, and how long before you’re back home where you can get ‘your version/the right version’.) 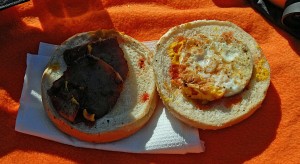 Long, long ago, I discovered the hamburger, its construction, and its taste are not as internationally recognised as you might think.

I want to be clear here: I am not advocating a homogenous hamburger for the world, much less the same ‘menu’ of meals the world over (I’ll leave that to the international fast food chains!) I love the world’s cultural and food diversity. It’s one of the cornerstones of travel that we can experience foreign foods, exotic ingredients and cultural interpretations of the same dish. My gripe is with those overseas restaurants whose menus boast a burger and then fail to deliver it because they haven’t done their research. I’m sorry but two pieces of bread with a slice of ham inside does not a hamburger make. (That’s a ham sandwich folks! My tastebuds curse you in their frustration!) 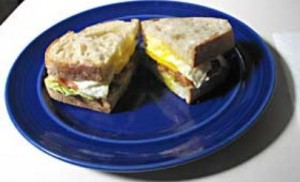 As a result I’ve taken a ‘If you can’t beat ‘em, join ‘em’ approach over the years:  dimming down expectations, quashing particular food cravings, and generally avoiding ‘food from home’ in favour of ‘food from here’.

But every now and then I let my guard slip …

This past weekend, in celebration of my newly set up life in Guatemala I decide to treat myself to a Sunday morning breakfast of Eggs Benedict. It was a treat because comparative to local prices the restaurant I went to was charging a lot for the dish. 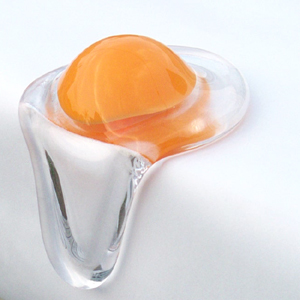 When I went to cut into the first Benedict, the egg quivered momentarily at the touch of my knife then completely dissolved in a frightened mass of runny yolk and egg white. The second Benedict was less brave and simply ran away – all over the plate – at the mere suggestion of my knife’s approach.

I called the waiter over for what I thought would be a slam dunk. No language skills required. The culinary crime was immediately visible. He said something. I didn’t understand, but nodded all the same. He took the plate away and I waited, my taste buds trembling in anticipation of a new dish that would look the same, smell the same but of course be cooked properly.

Thirty seconds later my heart sank when I heard the recognisable ‘ding’ of a microwave. I hoped that it wasn’t my dish ‘ding-ing’ but as one of the only customers in the restaurant my chances weren’t good. 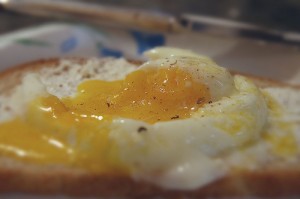 Sure enough my Eggs Benedict – the SAME Eggs Benedict – arrived back at my table via the microwave.  What little raw egg that had been left on the Benedicts was now well cooked, but worse yet the chef in his wisdom (or some skewed sense of presentation) decided to put my microwaved Benedicts on fresh plate – devoid of all that lovely Hollandaise sauce, the pool of which had no doubt been contaminated by the runny raw egg.

I attempted to express my frustration but my lack of language skills were met with blank stares from the waiter. I surrendered to the ‘Can’t beat ‘em, join ‘em’ philosophy and quieted my tastebuds with what little of the Benedict that remained.

Have you got a ‘not quite what you expected’ culinary tale?