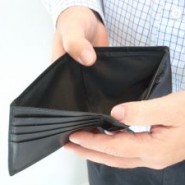 Imagine my surprise this past weekend when I logged into my savings account via the internet only to find that my bank balance read a big fat $0. I had been robbed; my account emptied over the past month via a number of ATM withdrawals in Bogota, Colombia.

I wasn’t completely shocked, resigned rather to the frustration and hassle that would, and has, ensued. You see this has been happening regularly in Antigua’s expat community since the beginning of the year. It had become such a problem that by February the American Embassy issued a statement that local English magazines published warning to tourists that ATMs here had somehow been compromised electronically (not with a skimmer).

Illustrating just how bad the problem was: At my weekly Ultimate Frisbee match one Sunday, when we all stand in a circle to introduce ourselves by name, country and some interesting fact about ourselves, we stood instead and offered our name and how much money we’d had stolen from our account. The minimum was $5000 and the maximum roughly $25,000!

I was one of two in the circle who hadn’t been robbed (yet) so I thought to be pre-emptive and call my bank in Australia in advance of any issue. I spent 15 minutes on the phone with an agent pressing her for a solution that would protect me from fraud. Her attitude while friendly couldn’t have been more blasé. “You know you’re protected if anything happens,” she said repeatedly. “Yes, but I don’t want anything to happen to me,” I countered repeatedly. “Besides,” I added, “I’m trying to save you – the bank – money and hassle by alerting you to this wide-spread issue up front. I would think that would be important to you?” It wasn’t.

After the 14th exasperating minute with my conceding hang-up imminent we came across a last minute solution. She would shift the card’s account link from savings to credit, which somehow would render the card useless. I happily agreed, despite the hassle of having to ring the bank every time I wanted to withdrawal money so they could re-link the card back to savings. Apparently, that wasn’t enough.

Ironically, I’ve lost count of how many times my bank has blocked my credit card in the past year due to some presumed fraud. While I appreciate the protection, the computerised system they use to trigger any suspicious activity is too highly strung.

The last occurrence is a perfect example:

Me: I’m calling because you’ve blocked my card.

Bank: Yes, we’ve noticed there’s been a charge in Guatemala.

Me (sarcastically): What’s so different about this charge than the past five months of charges in Guatemala?

Me (self-righteously): Did you check my file where it states I am currently living in Guatemala?

Bank: Umm, no. The fraud block is computer generated.

Me: Please reinstate my card now.

So I ask, if the bank is so super-sensitive to block my credit card at first sign of suspicious charge, why can’t they apply even a fraction of that same sensitivity/security to my bank account? The bank’s response:

Bank: We don’t because we assume that you are the one using your bank card.

Me: But not my credit card?

Bank: No that can be compromised.

Me: Obviously my bank card can be too.

Insult to injury, further investigation revealed my bank account didn’t have a bank balance of $0 … it actually has a balance of $-68.55. The negative balance is a result of the fees the bank was charging my robbers for the pleasure of taking money out of my account. You would think that alone would have raised a red flag with the bank’s super-sensitive computer!

So what next? I’m not sure, three phone calls later I finally spoke to a senior call centre officer who was profusely apologetic about the junior call centre people who couldn’t step outside their pre-scripted box.

Whatever happened to lateral thinking?

Me: Can I speak to your supervisor?

Bank: I can help you sir. But first we need to cancel your card before we can even a lodge a report.

Me: If you cancel my bank card you will leave me stranded with no way to access money here in Guatemala.

Bank: But you have your credit card right?

Me: Can I use that to take money out of my saving account?

Bank: No, but you can pay for things on credit.

Me: Credit cards are not widely accepted here. I need cash

Bank: How much longer are you on holiday?

Me: I thought we established I live here.

Bank: Oh. Well in that case we can mail you a new card. What’s your address?

Me: I’ve already explained I don’t trust the mail system here. The card will not arrive.

Bank: Don’t worry, if someone intercepts the card, they can’t use it without the pin.

Me: I realise that. But then I won’t have a card to use.

Bank: Oh that’s ok; we’ll mail you another one.

Me: Did I mention it won’t arrive. The mail is not safe. And what will I do for money in the meantime. You cannot cancel my card.

Bank: Oh. Umm. I’ll put you through to a senior banking representative.

Me: Thank you, that’s what I had asked for initially.

Replay the following conversation with the senior banking rep and yet another stalemate re cancelling my card and mailing a new one – including her call to the credit cards fraud department (the bank card fraud department wasn’t open on the weekend) – when I have brief moment of inspiration and ask if they can courier a new card to me.

Bank: Oh yes, I never thought of that. We can do that.

Finally we started to get somewhere.

So there you have it. Presumably reports have been filed. (Although four days later I have yet to hear from the bank.)

Will I get the money back? I hope so. I have confidence that I will but I’m reluctant to get over-confident before I see the full amount credited back to my savings account.

And what do I do in the meantime? To be honest I don’t know. Well at least I have my credit card right?