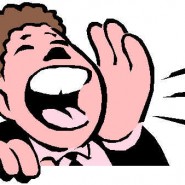 It’s funny, but in all my years as a journalist I can count on one hand how often I’ve had feedback from readers on my work. (Travel writing, you see, is rarely contentious enough to illicit reader response.)

As a freelancer I have a pretty solitary office life, just me and my laptop. It’s an odd existence that never quite feels complete. Plucking away at the computer keyboard I watch a story move from my head onto the screen in front of me. Then, once completed the file is emailed to the editor of the magazine or newspaper I’m writing for and then it’s gone. Never any sense of something tangible more than the letters I see grouped together on my screen. Some months later it appears on the newsstands: my words, my observations, my photos … all validated by paper and print. But the career-nagging question plagues me: Will anyone actually read what I’ve written? (And if they do, what will they think?) 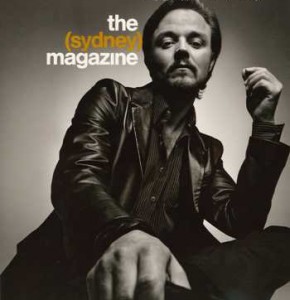 For roughly two and a half years I used to write the Home column for the (sydney) magazine (the integrated brackets around the distinctively lower case sydney are meant to tell you this is a magazine with flair & irreverent wit). As luck would have it I was often in a café the day the glossy magazine came out in The Sydney Morning Herald newspaper. Knowing where my article sat in the magazine and the advertisements that preceded it I would sit casually watching out of the corner of my eye as the person next to me flipped through the magazine, my breath held in anticipation … waiting, willing for them to pause at my fascinating article and savour it. They never did. They just flipped right past.

Well, that’s not entirely true. ONCE I saw a woman stop and read the article. I’m sure she wished she hadn’t after I nearly pounced on her to enquire as to what she thought. Her response, “Oh, I read anything that’s about home design, it doesn’t really matter what it is”.

Hardly a compliment if, as a reader, she has no discretion and takes whatever comes her way. 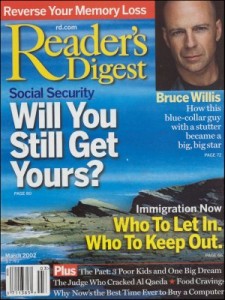 There were a couple of other times where I thought I might actually find out who reads my work:  Once, in a Laundromat, in a small country town in NSW, Australia I came across a Reader’s Digest issue I was featured in some 10 years before. Sure enough, my article was still there … I studied the pages for tell-tale signs of wear and tear: smudged-print fingerprints, folded page corners bookmarking a must-share article, exuberant page turning tears as the reader raced to get to the next page … Nothing. When I couldn’t find anything I was uncharacteristically abusive to the magazine bending back its spine so that the Digest remained wide open on my page, my article revealed for all to see. Someone would be forced to read it, no? 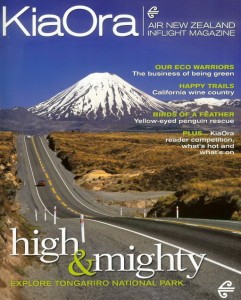 Then there was the time that I had written for Air New Zealand’s inflight magazine … I wasn’t sure (and am rarely sure) when the article was going to come out but as luck would have it I boarded an Air NZ flight to find my article waiting for me in every seat back pocket.  Hurrah! I wanted to commandeer the PA system. Make a simple announcement that alerted passengers to the fact the esteemed author of the article was on board and would be available to sign copies.  Then I woke up from my daydream and saw that everyone was engrossed in the on-board movie.

Thankfully there was another time that I flew with my article in the sky. This time I was flying United having penned a large article on Australia’s Kimberley region for its inflight magazine. I got up out of my seat a number of times during the flight and patrolled the aisles looking to see if anyone was reading my work. They weren’t. 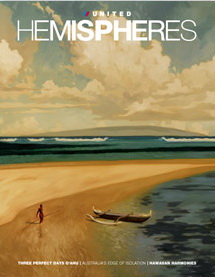 It seems I was trying too hard; casting the net too wide. When I returned to my seat, the gentleman sitting next to me was reading my article … and before you argue, I KNOW he was reading it because I watched his index finger slowly trawl through the piece from beginning to end. You would have been proud of me, I contained myself till the very end of the flight – perhaps more for his benefit lest he get too excited knowing who he was sitting beside – and asked just as we were getting up to disembark. “What did you think of that article on Australia?” “Oh that”, he replied. “Yeah, it was good” and with that he had his bag and was off before I even had a chance to tell him I was the author. But that’s ok; at long last I had feedback!

And now I have a website. And in the few short months it’s been operational I’ve received more feedback than in my entire career to date. I can’t tell you how grateful I am. We writers (most with fragile egos) just want to be loved like everyone else so keep those comments coming!

Thank you for reading.