Off the Couch & On the Road 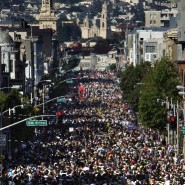 “I have never been a runner,” says guest writer Tom Bailey who is on a six month journey from the couch to a 12km/7.5 mile race. “I have weak ankles and have always hated running because it hurts.”

Long ago I decided that losing weight and getting in shape would be nice and was important for my health, but that was nowhere near as motivating as having an event/goal and most significantly a deadline to work towards!

This May 15th, San Francisco’s annual Bay to Breakers 12km/ 7.5 mile fun-run is celebrating its 100th year. Ever since I moved to San Francisco 15 years ago, it has been one of those things I wanted to do

but never got around to. Not this time. This year I am committed to running in it.

Starting from scratch – remember I’m not a runner – I began training in December. I’m proud to say last week I completed a 22 min run – without stopping! – and I’ve already lost somewhere between 8 and 13 pounds since Christmas. I still have a long way to go, and it is coming off slowly, but that is probably a really good thing because I’m not overstressing my body or overwhelming myself. In fact, I am actually looking forward to my next run! 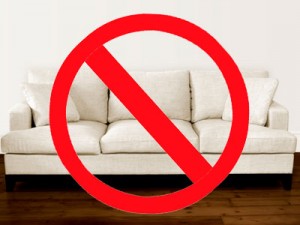 The CoolRunning.com program I am on said not to do more, even if you felt good and thought you could. Given that my partner and running mate Nicholas is recovering from a minor injury to his right leg received from somewhat enthusiastically overtraining, I am following the instructions to the letter.

I’ve only just started my journey but I’ve already learned some things along the way:

• Like what an amazing muscle the heart is. I have been astounded at how quickly it has strengthened after several years of partial neglect.
• Also, I have always hated stretching, it hurts too, but I have been religious about stretching before & after to minimise injury and my flexibility is visible improving.
• Just how supportive my friends really are. Initially, I began posting my progress on Facebook in order to make my goal public and to create accountability for my new exercise regime. What surprised me was to find that I was inspiring friends that had inspired me. What a wonderful revelation. It is, or can be, a perpetual circle that elevates everyone!

This week is Week 6 and ends with a 25 minute jog. I can already see the finish line.