The buzz about the world for some years now is that Mother Nature’s mad.

The question being posed is: Are we just being super-sensitive to her moods or have we gotten up her skirt and enraged her with our careless disregard for her home?

Whatever the answer, wild weather is afoot. It seems recent years have seen a normally hyped-up media legitimately using phrases like ‘worst EVER’ – when backed up by measurements and historical comparisons that suggest once once reliable weather patterns are in a wildly see-sawing state of flux. 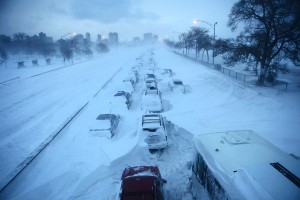 Snowed in; Stranded in Chicago

Already this year, Sydney has seen a string of burning hot days that tipped charts; Brisbane – massive floods that inundated the city; then just weeks later the same state, Queensland, was bracing for Australia’s worse cyclone – a storm cell roughly the size of the United States – this at the same time that nearly all of continental USA was blanketed in a deep freeze. A feeling Europe knows all too well this winter. 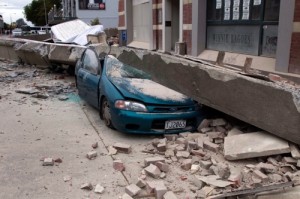 And now today, to wake to the heartbreaking news that one of my favourite countries, New Zealand has suffered a monumental earthquake. Supposedly an aftershock from their September 5th quake, it has devastated the city of Christchurch, leaving 65 dead and many more stranded beneath the rubble.

My thoughts are with them. 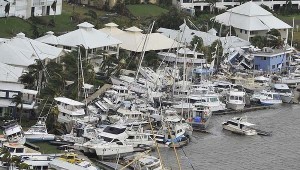 I’ve been lucky in my travels to see little of Mother Nature’s wrath. I’ve been in New Zealand when the ground has mildly shook; I’ve been in St Lucia when windows were boarded and waited with dreadful anticipation for the approaching hurricane which made a last minute turn away from the Caribbean island. 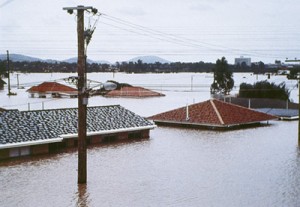 I’ve seen the  post-event devastation of the Boxing Day Tsunami in Thailand and the damage done by Hurricane Katrina in New Orleans – and both times counted myself extremely lucky that I, with my wandering soul, was not wandering there at the time. 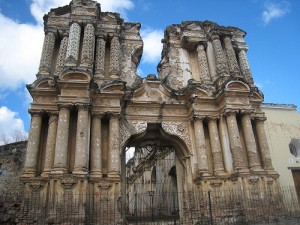 Remnants of an earthquake in Antigua

I currently live in a colonial town that was the old capital of Guatemala before it was abandoned after a huge earthquake demolished much of the city. The city is littered

with stubborn church facades and old ruins that still stand as a testament to that day. The town itself is surrounded by three volcanoes, one of which that puffs regularly – just the other night spewing red lava from it’s peak. Each day I marvel at the volcanoes; something exotic (to me) in my backyard. Even in the couple months I’ve been here I’ve experienced a number of slight tremors. I’ve embarrassed to admit I’ve thought nothing of them. In light of the crisis in Christchurch I won’t dismiss them so readily now. 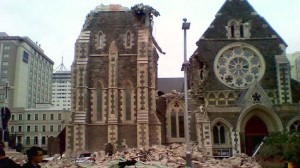 As a journalist and an experience junkie I have to acknowledge a desire to be at the frontline of these events – to witness them first hand; as a human I’m grateful to be lucky enough to be spared the worst of recent times; and as a traveller I’m keenly aware that the world is changing and for me that’s all the more reason to appreciate what I see while it’s still there to be appreciated.