Waiting for the Repair Man

It’s not so much the waiting as the total disregard for my time that has me ranting against those that are chronically late.

Why should Guatemala be any different when it comes to waiting on a repairman? Foolish of me to think that it would be.

Antigua, where I am presently living, is not a big town. With a downtown area of roughly 8 square blocks you wouldn’t think the demands on the gas delivery guy wouldn’t be so great that he’d show up 6 hours late (!) to finish installing the canister (required for cooking and hot water) after promising a delivery time of 8:30am the night before. 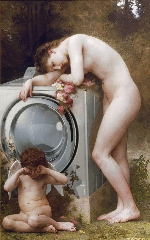 He understood my annoyance when I put the accent on the ‘Buenos TARDES’ (as opposed to Buenos dias) when he finally knocked on the door around 2:30pm. Unfortunately, my limited Spanish didn’t allow for me to launch into a tirade of frustration of having woken up early in expectation of his arrival or being trapped in the house all day until he deigned to show up.

He shrugged off his lateness with the air of seasoned pro who’s used to turning up late. He installed a new gas canister. I can now cook and enjoy a hot shower. I suppose I should be grateful but sitting around all day got me thinking about the absurdity of being late when someone else is expecting you.

I’m a reformed late-person – and admittedly still struggle at times to stick to the clock – but like any one reformed of a bad habit, I’m the worse critic or those who still maintain the nasty practice. Perhaps it’s karma still punishing me for those that I left checking their watches, waiting and wondering when I  would finally arrive, but I can’t understand why anyone would want to be late when the alternative of arriving on time, or 5 minutes early even, is far more attractive and enjoyable.

Regularly running late comes with stress, guilt and angst … and that’s just your side of it. Then there’s the undeniable impression that you’re making with the other person(s) whether it be business or personal which is explicitly saying, “Sorry, but my time is definitely more valuable than yours.”

Conversely, arriving on time not only honours the person(s) you’re meeting up with, but imparts a sense of satisfied accomplishment. While arriving early gives you those special few moments to ‘be’ – a rare thing in our busy lives;  a time to compose your thoughts about the impending meeting/catch up, or to simply be present in the place you’ve chosen to meet and breathe in your surroundings.

Years ago I attended a series of classes in New York City – a city of distractions and hurdles when it comes to making appointments on time. The teacher was unapologetically demanding of his students with respect to their tardiness. “If you’re late, don’t bother coming in,” he’d say – and uphold!  “There’s no excuse for being late,” he continued. “If something [like the class] is important enough to you, you’ll be organised enough and leave in plenty of time to ensure you’re here on time.”

Does anyone deserve any less from each of us?