It’s 1am in the morning and I am spending the night at YYZ (Toronto Airport) – by choice – because I couldn’t impose on anyone to get up in the middle of the night to deliver me the required two hours before my 6:30am flight. (“4:30am? Are you kidding!?”, was the exact response I think.)

I’ve been here since midnight but I’m happy enough because I’ve found a quiet place to write, power for my laptop and I’m at an airport that has the good-sense and generosity in 2010 to offer complimentary WiFi. Dr Pepper in hand (for the caffeine hit) I’m ready to work the night away.

(Btw, here’s a list of airports you don’t mind getting stuck in for a few hours, while these are a bunch you might want to avoid.)

Sitting here though I’m reminded of a far less comfortable night I spent at an airport: it was the first time I flew into Karachi, Pakistan. I had been living in London for some time, being spoiled by a friend’s Aunt who fed, watered and laundered* us. 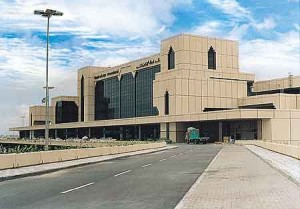 We weren’t allowed to stay IN the airport, so after running the gauntlet of taxi drivers eager to give us a lift into a city we didn’t want to venture into, we settled down at the far end of the terminal – outside – and tried to fall asleep … and did rest well enough, until the rats came to investigate. I think that was my first up close and personal experience with rats … very brave rats at that!

They weren’t menacing, just curious enough to keep us from sleeping for fear of getting nibbled on. Thankfully day came soon enough.

*An aside: It may be strange to some or perfectly understandable to others: I just remembered I had a laundered T-shirt that I preserved throughout my travels through Pakistan, India and Africa. The region was hard travelling, challenging on many levels – particularly given the lap of catered luxury I had been living in in London. So when things got a bit overwhelming, I would pull out this T-shirt, lift it to my nose and breathe in deeply. Sure it was only laundry detergent, but the clean, Spring-fresh scent immediately reminded me of home – or at least the sense of ‘home’ I had in London while living with my friend’s Aunt. I never washed the shirt during that trip, I never wore it. It’s scent was far more valuable to me. It was my connection to a more familiar and secure place at the time. One sniff and the chaotic world of the Indian subcontinent was manageable again.