Today I was on a colourful bus ride from East Vancouver into the city.

The bus was already packed with a cast of characters when a working girl tottered aboard in her 3 inch clear plastic platform heels and her barely there skirt. If the way she was dressed didn’t have the entire bus’s attention, her high-pitched plea to the bus driver that she was going to be thrown in jail if she didn’t make it to court on time this time surely did. Apparently she didn’t have the correct change to board and the driver wasn’t budging. While the rest of us bystanders just gawked, 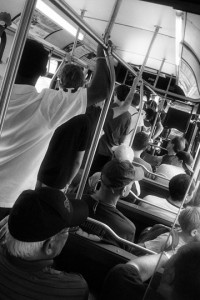 she received help from the unlikeliest of persons: a cleaning lady sitting a few feet away – her trolley brimming with her cleaning tools & supplies, her hands weathered and her face lined with years of hard work (ok, I might be reading into this a bit) –  stood up and put the rest of us to shame by securing the beauty’s bus fare and thereby ensuring she’d make her court appearance on time.

The exchange made me think of something a former boss of mine once told me:

“People are the most fascinating things on this planet, Michael. Don’t forget that.”

He was a television producer whose very job it was to highlight just how creative and individual people are. I have never forgotten his statement and have watched how repeatedly in my travels it has proven true over and over again.

After more than two decades on the road travelling, I hate to say it but a mountain (as much as I love them) can sometimes look like another, a sunset (however appreciative I might be) can blend in with the one the night before, and an animal, however cute and adorable, however engaging just doesn’t have the element of surprise that people continually offer. 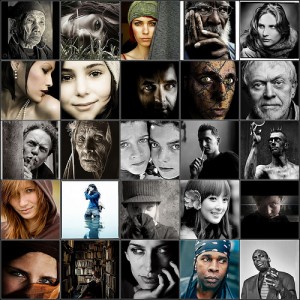 People ARE what make this world fascinating. The sheer volume of us boggles my mind as I travel from city to city and see more and more people moving to and fro. (How we manage to feed the majority of us is another mystery I ponder regularly!) But more importantly it is our diversity that enthrals me on a regular basis. History, art, dance, architecture, modes of transport, styles of dress, ways of interacting, ways of completing the same task … all different, all a means to an end. The number of languages we’ve developed to communicate is another example – a true testament to the fact that there is more than one way to ‘skin a cat’ as the strange saying goes … and that not one way (or language in this example) is any more right than the other.

With this wealth of experience, expertise and creativity that exists and evolves around us, why we don’t have a greater appreciation and respect of our differences is another mystery that regularly confounds me.