Posted by MSW on Aug 27, 2010 in Blog, Places You Gotta Go!, Random Thoughts & Observations, The Journey is the Destination | 13 comments

(A silly little article with no offence intended to any of the destinations involved.)

So! I’ve decided that I need to fly into Massawa, Eritrea, Africa because its three lettered IATA airport code (MSW) matches my initials and I want the personalised luggage tags as the ultimate travel accessory that would accompany any flight there.

This got me thinking of alternative airport codes that might hold significance to others and after doing some digging I found the following: 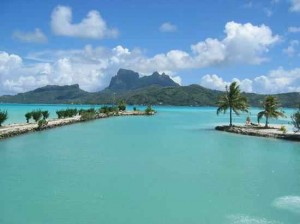 For example, if your name is ABE get thee to Allentown, Pennsylvania. SAM? Chart a course for Salamo, Papua New Guinea. JIM? You might want to join me in Eritrea then pop next door to Jimma, Ethiopia. TOM? Prepare yourself for a trek to the fabled Tombouctou, Mali. Depending on whether you go by SID or SYD you’ll want to venture to Sal, Cape Verde, or Sydney, Australia respectively. Likewise if your name is ROB it might be a bit of a trek to get to Monrovia, Liberia, but if you go by BOB count yourself exceedingly lucky that you share your name with Bora Bora, Tahiti airport’s code – one of the most spectacular places on Earth. 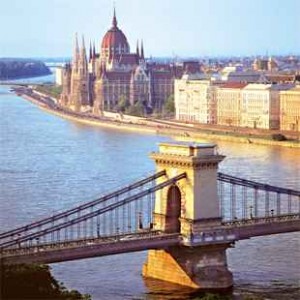 Perhaps titles are more important to you than names and if so I suggest any MOM make haste to Moudjeria, Mauritania, whereas my MUM (and other British/Australian mothers) is better suited to fly to Mumias, Kenya. Likewise your DAD might appreciate a Father’s Day trip to Da Nang, Vietnam while your POP probably prefers Puerto Plata, Dominican Republic. And yo’ BRO? He might enjoy a trip to Brownsville, Texas, while your SIS might like Sishen, South Africa. Meanwhile, show your BUD you care with a trip to Budapest, Hungary, or spread the LUV by taking everyone to Langgur, Indonesia.

I’ve always said life is much easier if you just say YES to things. It would seem in Yasuj, Iran they agree. YEP, they think similarly in Estevan Point, Canada but are a bit more casual about committing. UMM, the same can’t be said about Summit, Alaska, where it would appear they’re a bit more indecisive. 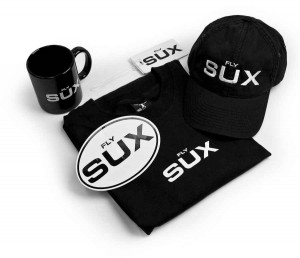 I love that both Fortaleza, Brazil (FOR) and Port of Spain, Trinidad & Tobago (POS) have such affirmative attitudes, unfortunately the same can’t be said of Tromso, Norway where they don’t give a TOS, or Sioux City, Iowa where everything SUX. **

I happen to know firsthand that Dunedin, New Zealand is a beautiful town to visit, but you wouldn’t know it from their airport code (DUD).  By the way, does anyone know what’s got the people of Madrid (MAD) all worked up? Or what’s so BAD about Shreveport, Louisiana or ODD about Oodnadatta, South Australia?

“What are you insinuating!?,” asked the portly passenger flying to Fresno, California when the airline representative attached the FAT luggage label to her bags. (Perhaps she’d made one too many trips to St. Petersburg, Florida (PIE) or worse yet was transiting through Fresno on her way to Butler, Missouri (BUM). Is a trip via Big Delta, Alaska (BIG) to Kearney, Nebraska (EAR) any less insulting?

And with airlines cutting back on meal service isn’t it a slap in the face to tag bags with EAT? That’ll be the case if you’re heading to Wenatchee, Washington, but presumably you’ve arrived at the airport with a full stomach if flying to Antlers, Oklahoma. No meal service? No problem. I already ATE. 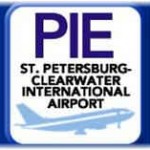 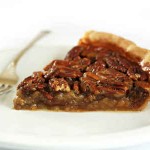 While on the subject of food: If you’re a fan of FIG, then fly to Fria, Guinea. Hungry for HAM? (Or maybe you’re just a bit of a clown) head to Hamburg, Germany. Got a thing for GUM? Go to Guam in the South Pacific. Aching for ALE, Alpine, Texas is the place for you. A passion for PIE? Proceed to St Petersburg, Florida. Or perhaps as a food lover you’d rather succinctly state your affection by simply travelling to Yuma, Arizona. YUM.

On the silly side of things, it does seem a little redundant to attach an AIR luggage label, or SKY for that matter, to your baggage. Aren’t they givens? But that’s the case if you’re going to Aripuana, Brazil or Sandusky, Ohio respectively.

And while air travel can feel like a cattle train, don’t get confused when they tag your bags with BUS if you’re en route to Batumi, Georgia.

It also seems to be stating the incredibly obvious to label your bag with BAG (Baguio, Philippines). I mean DUH! (Lambertville, Michigan) Of course it’s a bag! Or as Homer Simpson would say DOH! (Doha, Qatar)

Speaking of expressions … the people of these places must be a particularly expressive bunch: 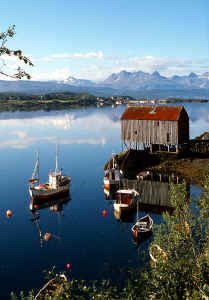 I’m thinking they’re a frightful lot in Bodo, Norway (BOO) and somewhat sheepish in Bahrain (BAH). I’m guessing there’s more than one mouse in the house in Eek, Alaska (EEK) and that things are chilly in North Bay, UK (BRR). Are they in pain in Ottawa, Canada? (YOW) And what?! What is it??! What’s everyone exclaiming about in Willow, Alaska. (WOW) Tell me please!

Not everything can be taken so literally tho. For example, I’m not sure there’s an APE to be found in San Juan Aposento, Peru nor a YAK in Yakutat, Alaska. It might be a safer guess to assume you’ll find a COW in Coquimbo, Chile, more than one CAT on Cat Island, Bahamas, and a DOG or two in Dongola, Sudan – not too mention at least one BUG in Benguela, Angola. But imagine the confusion (and identity crisis) if you were transporting any other animal to these destinations.

While on the subject of appropriate labels, could there be a better luggage tag for a holiday destination than Funafuti Atol, Tuvalu? (FUN) But then that begs the question: Are they truly happier in Gaya, India (GAY) or just better at coordinating textiles? By the way, I’m still trying to figure out who the joke is on in Gage, Oklahoma (GAG) – me or them?

Another mystery: As a misinformed child I was always led to believe that if I dug too deeply at the beach I’d end up in China? But in Diqing, China (DIG) where do they end up?

As acronyms go, here’s some FAQ I’m sure they get asked in Frieda River, Papua New Guinea:

Is Altamira, Brazil (ATM) a good place to do your banking?

Does Ile Ouen, New Caledonia (IOU) feel a debt of gratitude or are they just behind the eight ball?

Is there something they’re not telling us in Ciampino, Italy (CIA)?

Are people funnier in Lovelock, Nevada? (LOL) No? Then why are they laughing out loud all the time?

What’s so surprising about Omega, Namibia that’s got everyone exclaiming OMG?!

Are people in Anchorage, Alaska in a healthier head space than the rest of us? (MRI) 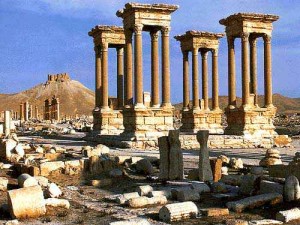 Are conditions cramped in Palmyra, Syria? (PMS) (Surely this something no woman wants advertised on her luggage!)

Is there some greater mystery to be solved in Okinawa, Japan (DNA)?

Do they text message a lot in Sainte Marie, Madagascar? (SMS)

Is Casino, Australia (CSI) a hotbed of crime? And in Miami, Florida (MIA) is it more than just bags that go missing?

Is there a higher prevalence of ill-tempered, bad-mannered males in Sármellék, Hungary (SOB)?

Finally, does anyone actually stop in Vienna, Austria (VIA) or do they just pass on through?

And while there seems a distinct lack of creativity in Longview, Texas (GGG) – perhaps there’s some underlying message in the following: That a trip to Rhode Island (UUU) is all about you; the people of Mont-Joli, Canada (YYY) obviously have a lot of questions; while those in Proserpine, Australia (PPP) obviously have to ‘go’ badly. Finally, is Anaa, French Polynesia’s airport code (AAA) akin to a five star rating? And if so, does that mean Benson, Minnesota, (BBB) and Cayo Coco, Cuba (CCC) took second and third place respectively? Sadly there’s no XXX. I’m guessing because you’d never get your bags through Customs. 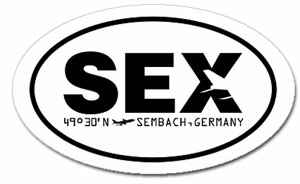 The French have a way of making everything sound refined, particularly in Poitiers, France (PIS), especially when compared to the direct approach of Perm, Russia (PEE) and well, a visit to Pocos De Caldas, Brazil (POO) – enough said.

Perhaps the least fortunate of all airport codes reside in Madagascar – a place oddly enough I have desperately wanted to go since I was a child. That said I might avoid the following airports. I mean who wants to be DOA in Doany, Madagascar? What kind of flight would that be? Similarly, where’s the holiday fun in going to Antsiranana, Madagascar and telling your friends that you’re excited because “I’m going to DIE.”

By the way, I’m off to Les Cayes, Haiti tomorrow. CYA.

** Click Here – for a great article from the LA Times on how Sioux City, Iowa is making the most of its airport code: SUX

No doubt I’ve missed some clever and funny airport codes. If you find any others, fire away!