Home » Blog » Baby on Board

I caught up with a highschool friend over the weekend and we spent a lovely afternoon together in an unexpected way.

We went on a drive together. A drive that my friend regularly takes to lull her feisty 10 month old daughter to sleep and buy herself some tranquillity and some ‘me time’. But like any multi-tasking mother it’s how she spends this ‘me time’ that had me completely impressed.

Rather than simply drive around in circles, or take the same route each time, she makes an adventure of it by turning down streets that she hasn’t ventured down before – unafraid of getting lost in her quest for discovery.

Unfortunately she can’t stop the car because of the pacifying nature the motor’s hum has on the little one – we tried once to stop and take a picture of the road ahead and the baby was quick to vocalise her objections. (Oddly enough the dirt road we found ourselves ‘bumping’ along didn’t cause the baby to stir, go figure.) But that little hitch 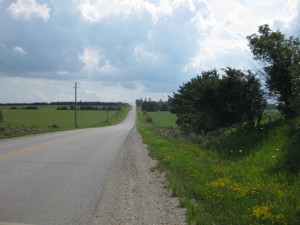 hasn’t stopped her. She’s become the master of the drive-thru she said, getting errands done, picking up a coffee to go etc before going off to discover more uncharted roads, content to watch the scenery roll past as she appreciates a break from mother-dom.

And this is not the first time she’s done this.

Prior to her father passing away some years ago, when his health was failing and he wasn’t capable of doing much more than sitting and observing, she would take her father and her mother for a similar wandering drive, not caring if they got lost on the country roads outside her father’s town.

As a family they would share in the discovery, the simple appreciation of the landscape as it unfolded, and the quality time they were spending together.

When she dropped me off (motor running, baby still sleeping) she remarked it was just like we were teenagers again. We’d reconnected, bought mum some downtime, and everyone felt refreshed.

Have you got story of a multitasking mum who’s found a creative way to integrate some adventurous ‘me time’ into her life while still taking care of the kids?