Posted by MSW on May 19, 2010 in Adventure, Antarctica & Other Cold Places, Blog, Nature, Places You Gotta Go!, The Journey is the Destination | 1 comment

Travelling to the coldest, driest, windiest and least inhabited place in the world to gape at floating ice cubes is not everyone’s idea of a holiday. In fact, roughly only 10,000 privileged people a year have the passion to venture into this eternal winter wonderland, but for those who do the rewards are great.

There is a timelessness about Antarctica that humbles even the most jaded tourist. From snow-laden mountain peaks, century old glaciers, tinged a striking turquoise from eons of compressed snow, slowly descend to the sea. Calving junks of ice regularly break from the glaciers falling into the water with a thunderous, echoing crack. Icebergs smoothed and shaped into sculptures of art by the lapping ocean frequently turn upside down when, undermined by the currents below, they become top heavy. Rotating in slow motion, cascades of seawater roll off their sides, before the berg slowly settles into a new position to reveal yet another aspect of nature’s craftsmanship. Uninterrupted by man, nature has been staging these spectacles without an audience for centuries.

Wildlife is abundant. Twice daily trips to the shore reveal penguin colonies numbering in the thousands – blanketing entire hillsides. Simply standing on the ship’s deck guarantees sightings of seals lounging on ice flows, penguins porpoising through the waters, and whales flipping their flukes to the sky before descending the depths in search of krill.

In Antarctica the silence is deafening; the absence of noise almost haunting. It is cold, isolated and untouched. And as many passengers comment it is hard to believe that they are actually here.

Antarctica is still the coolest place on Earth to visit.

No longer the exclusive domain of researchers and scientists, Antarctica has become the playground of a new breed of tourist – the adventurer. For some it is a spiritual journey as much as a physical one for others it is simply the satisfaction of stepping foot on their seventh continent but whatever the reason Antarctica does not disappoint.

In fact the journey to Antarctica is half the battle. Passengers’ resolve to reach the last continent is tested almost immediately as the ship leaves Argentina’s Ushuaia to cross the notoriously rough waters of the Drake Passage where the Atlantic, the Pacific and the Southern Ocean meet.

Crossing the Drake takes two sea-tossed days, during which the ship is noticeably empty as passengers either brace cold winds on deck, seeking fresh air to stave off sea sickness, or find greater comfort sleeping through the illness in their cabin. 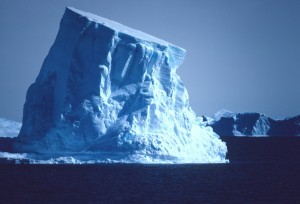 Arriving in Antarctica, the Drake is quickly forgotten by even the sickest, as at every turn the continent endeavors to impress.

Our first landing is no exception. Arriving on a pebbled beach populated by Gentoo penguins we are encouraged to sit quietly amongst them. Knowing no land-bound predators, least of all humans, the curious penguins pensively approach. The moment is magical when an inquisitive bird finally pecks at my extended hand trying to ascertain what exactly I might be. Humans are not regular visitors to his home so he remains confounded. But it is then that I clearly realise how otherworldly Antarctica really is and how privileged I am to be here.

Photographic opportunities such as the pecking penguins abound and make staying inside difficult despite the cold summer temperatures of -5 to -10degrees Celsius.

In fact, many passengers often live on deck to ensure they don’t miss anything that Antarctica has to offer, while others are content to watch the continent pass by through the panoramic windows of the ship’s bridge in climate controlled comfort.

After 10 days at sea passengers have rolls of finished film for developing, a kaleidoscope of memories moving within their minds, and a steady set of sea legs. All are glowing from their Antarctic experience. Many talk about having caught the polar virus. An addiction that can’t be explained, it has most passengers already thinking about when they will be able to return.