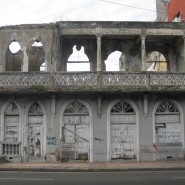 More often I warble between lost-for-words, passionately in love, incredibly inspired and ‘it’s ok but not worth a second night’. I’m predisposed to liking places; I can’t help it, I’m fascinated by the world.

Then I went to the Dominican Republic this past December and haven’t been able to say anything nice about it since.

To be fair, I didn’t get off on the right foot with D.R. I had difficulty with my flight there in the first place. Then upon arrival, when I

went to collect my luggage which had inadvertently arrived on an earlier flight, the guy with the keys to the storage room had gone home for night so I was advised to return to the airport the following day to collect it. (Footnote: A big thank you to the concierge of the Intercontinental Hotel for his relentless phone calls to the right person who ultimately arranged – some 24 hours after I initially landed – to have my luggage delivered. And I wasn’t even a guest!)

Then there was the apartment a friend had arranged for me to rent while I was in town. The electricity had been turned off mistakenly by the electric company and despite repeated visits to the company it never came back on during the time in residence. (Oddly enough, walking around with a candle 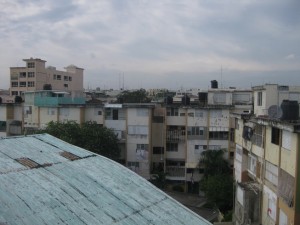 wasn’t that bad, it was the fact that without electricity I was unable to charge my computer, my camera or run the fan during the sticky steamy nights. Oh, and because the water pump required electricity I didn’t have running water but used a bucket to shower instead.)

Ok, so perhaps with all the aforementioned I wasn’t predisposed to like D.R., BUT I still kept an open mind. 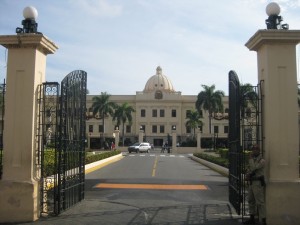 The real stickler? The cost. D.R. is an expensive country, which would be fine if there were value in what you’re getting, but there’s not. In fact, it’s a mystery as to why costs are so high in this impoverished nation. Apparently the economy has been improving in recent years and it enjoys one of the more successful economies in the region, but there is little evidence of this on the street.

Cars on the road, particularly taxi cabs, are in such poor repair they look like they are tin foil held together by duct tape. (I’m guessing there is no annual inspection. Oh and to put the costs of things in perspective: $30US for a 20 minute ride from the airport into town.) As for the roads themselves – which I adventurously drove on – they are littered with potholes big enough to swallow a small car. (Unmarked as well so as to maintain their element of heart-in-throat surprise while driving.)

The only road in the in the nation that would pass as a normal road anywhere else in the world is a toll road built about six months ago. The privilege of driving this pothole-less 100km stretch that runs from South coast to Northern interior: a toll of $10US each way.

I drove this road in an effort to discover prettier parts of the country because I had already tried to get into the vibe of the capital, Santo Domingo, 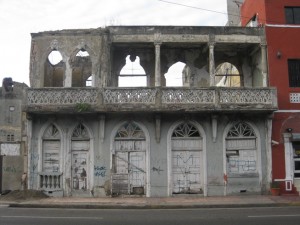 but couldn’t. It’s most charming aspect was a colonial section of crumbling old buildings. Sadly the term ‘faded glory’ couldn’t even be applied, accent instead on the ‘crumbling'; bar a few well-preserved colonial buildings and churches, many buildings were in bad need of repair – which is a shame because the potential was there.

The foreshore of Santo Domingo where the luxury hotels/casinos sit is an unwelcoming rocky shore littered with large amounts of trash that is cut off by a four lane road full of black-smog belching trucks. The exhaust just seems to sit in the air. Where is the luxury in staying on this noisy road, much less stepping out onto it?

As mentioned, I took myself off to what was supposed to be one of the prettier parts of the 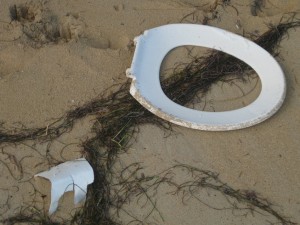 country – the Samana Peninsula and the coastal holiday town of Las Terrenas – and was less than impressed with slow crawl required to safely drive over the mountains on what must have been a road at some point but presently bears no resemblance. Once there I was disappointed to find the palm fringed beaches were littered with garbage and beaches taken over by pimped-out cars that played competing music at a distorted volume and bone-shaking beat.

The lesson for me is that palm trees, sun, surf, sand and a smattering of mountains do not a paradise make.

I want to be clear about three things: One, the people were friendly – and I did meet some lovely people. Two, I did discover a beautiful waterfall while there, I went there for my birthday. And three, I never made it to the resorts that sit along the North Coast, but from what I’ve heard they are tourist enclaves that don’t reflect the real D.R.

Ah well, not every stone turned unearths a gem. I’m glad I know what exists in the D.R. but I won’t be rushing back, ever.

Not all holidays are postcard perfect, where have you been that disappointed enough to vow never to return?

See below for other photos from the Dominican Republic: 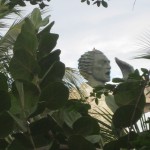 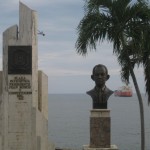 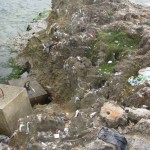 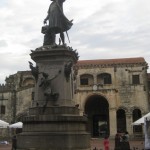 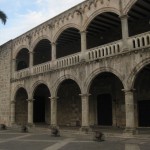 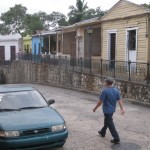 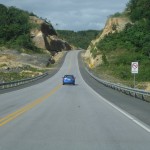 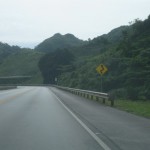 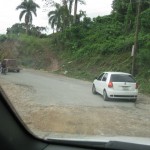 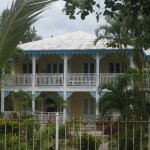 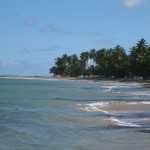 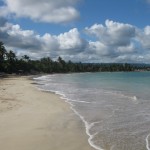 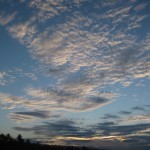 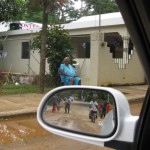 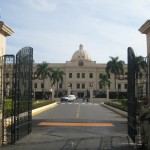 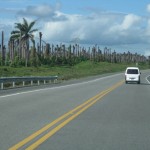 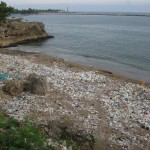 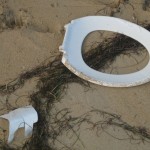